Property investing is a huge decision, and an individual thinks a million things when taking such an action while being in question. The most crucial factor in deciding the risk breaker is the correct choice; the buyer constantly relies on whether their investment will produce gains or even go to waste.

The Blue World City in Islamabad’s Chakri Road is undeniably the city’s fastest-growing real estate venture. The characteristics and amenities provided by Blue World City Islamabad set it apart from the rest of the world. When we talk about the best real estate projects, the first classification is given to Islamabad, and there is Blue World City.

The first and biggest Pak Friendly Community is Blue World City. Blue World City seems to be the only private company working with China, and it is the ideal location to invest in for a variety of purposes. If you consider the following characteristics of this area, you would certainly want to be a part of this prestigious venture which The Blue group or organization has proposed to you.

This wonder influenced the makers of Blue World City to create a recreation to reinstate Islamic and cultural values from such a century. The reconstruction of the Blue Mosque will be an attraction, drawing a wide range of visitors and tourists. It is the next priority of the urban cities just after Faisal Mosque.

Another essential quality that differentiates Blue World City Islamabad from a desirable place to live in is Pakistan’s largest water theme park. The park will have a newly constructed pool for children as well as surfing. There will be water rides as well as slides. The park is designed to meet universal standards and principles.

Blue World City offers apartments and land at relatively low and affordable prices. For a small sum of money, you will be able to take possession of your assets in no time. Unlike most other housing schemes, the payment package is effortless and inexpensive. There appear to be three-year, and four-year instalment offers available, such as Capital Smart city, which could allow consumers to take advantage of their property-buying plans.

On the other hand, a manageable payment schedule enables an individual to buy a home that would otherwise be out of reach. Blue World City has rendered purchasing a property so simple that anyone could do it. As a result, some 3-year and 4-year instalment plans make it simple for a landowner to maintain ownership of his property. Furthermore, the payment options are very straightforward so that residents can take advantage of the benefits as soon as possible.

Electricity in the field

For a good cause, underground transmitting is gaining prominence. It’s worth considering whether society embraces a power grid that is reliable, powerful, and cost-effective, as well as one that seems to be safe for residents.

However, the primary goal of this feature is not to maintain the overall elegance of the project. Underground power will also provide extra support to the environment in the event of a dangerous condition. It can, however, maintain the cultural standard in society. As a result, overhead lines and wires are both secure and practical.

For the inhabitants of Blue World City, the architecture and construction are also unique because they incorporate Chinese-style infrastructure. The uniqueness of the Blue World City growth era is how China’s contemporary architecture inspired cultural, architectural styles. Blue World City is Pakistan’s first housing venture, with qualified Chinese engineers and architects at the helm. Since the Chinese are well-trained and experts in the worldwide creation of cutting-edge real estate projects, this project’s construction can only be predicted to be top-notch and outstanding.

The CPEC route passes through Islamabad’s Blue World City, which will also play an essential role in the area’s socio-economic growth and numerous business opportunities. For those unfamiliar with the CPEC initiative, it is a joint project among Pakistan and China to strengthen trade terms between the two countries.

The Availability of necessities

The housing company has modern amenities, such as the best road access and exceptional security and entertainment. Here are a few of the essential characteristics:

Blue World City aims to be Pakistan’s first commercial hub, with the world’s biggest Chinese retail market among its attractions. With the highest level of growth and the encouragement of Chinese peers. It ensures that your wishes come true. The project’s growth and advancement were aided by the project’s safe scenery, amenities, attractive locations, and many other exciting features.

The project is moving forward fast, with over 100 large types of machinery produced daily and nightly.   High rises on the central blvd have been constructed, and work on the society’s grand main entrance is underway. The Chakri Road entrance avenue has been finished, and street lights have been installed. The business was the first to have electrical connections, which is an essential milestone for the project. Similarly, earthwork has begun, and infrastructure construction will start soon.

Blue World City is the only residential development in the district. Under this initiative, you will have the chance to remain in a new community. Since the project is a designated areas unit for Chinese citizens in society, it’s only natural to assume that it entices people from diverse cultures, ethnicities, and cultures to come together.

Real estate in Pakistan, especially in Islamabad and the nearby region, has increased dramatically in previous centuries. From the standpoint of a property coverage expert, it is reasonable to conclude that investing in this residential firm as a corporation guarantees high-profit margins. Particularly in periods of economic distress, it is an opportunity that can prove to be profitable and thrive.

We advise developers who want to make a long-term investment in this housing estate. That’s because the Blue World City project caters to a small luxury business segment.

Blue World City is ideal for home buyers, developers, and the general public looking for a place to call home in an urbanised environment with all of the latest amenities and natural greenery. It is advised for those who wish to invest in smaller amounts in Blue World City as their first option. 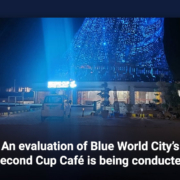 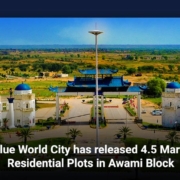 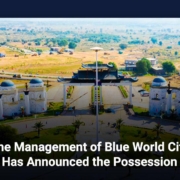 Property Prices in Pakistan After Covid-19