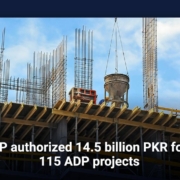 Read more with EL news : A survey is being conducted to develop a land-use plan for KP

According to the reports, the projects are as follows:

Additionally, it informed the audience that it would create 12 different tourism sites in the Malakand division and six access roads to tourist attractions in the Hazara division. These sites would be for tourism spots so the people can enjoy from the nature of Pakistan.