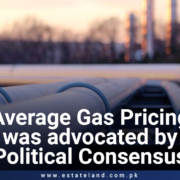 Despite having fixed gas pricing agreements with various consumer organizations, the Petroleum Division seeks an average national basket price for natural gas — both local and imported. It comes when the energy sector is experiencing severe gas and electricity shortages, and both gas and power providers are trying to stay afloat. By shifting away from ring-fenced pricing and supply of local gas and imported liquefied natural gas (LNG) to distinct consumer categories, the federal government has asked the provinces to implement weighted average cost of gas (WACOG).

The critical policy contradiction is that the government has committed set prices for a combination of imported and domestic gas for some categories while offering much lower rates for others. For example, the government has committed to a fixed charge of $6.5 per unit for a combination of local and imported gas for export sectors, even though the imported cost can often exceed $13 per unit, as it does these days.

Lack of adequate gas/LNG storage exposed the gas transmission network to vast risks of taking or pay (term contracts) resulting from frequent demand/supply mismatches due to considerable variations in the power sector projected demand and actual consumption for RLNG. According to the report, four new RLNG-based power plants with a combined capacity of about 5000MW would not be on an economic merit order until 2023. Over the next two years, the merit order dispatch of these four plants will be minimal.

According to the article, Pakistan State Oil total receivables from Sui Northern Gas Pipelines Limited have reached Rs130 billion, including Rs27 billion late payment premium, with 500mmcfd of the firm take or pay with Qatar Petroleum.

According to the report, state-owned LNG supply chain companies face legal, operational, commercial, and financial issues and heightened take or pay risks and challenges in managing gas demand swings. LNG was supposed to replace expensive oil products like furnace oil and high-speed diesel. However, there was a gas shortage, not RLNG, due to ring-fencing. If third-party access or new terminals are allowed without gas sector reforms like deregulation of gas prices, removal of untargeted gas subsidies, unbundling sales, and loss control, the research warns that cannibalization will occur.