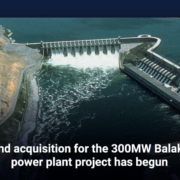 Land acquisition for the 300MW Balakot power project has begun. The district administration has begun purchasing nearly 8,000 Kanals of land for the Balakot hydropower project, which would generate 300 megawatts.

In March, the provincial administration approved the proposal. The National Economic Council’s Executive Committee set a budget of $750 million for it.

The deputy commissioner, who is the district collector, stated that following the enforcement of Section 4 of the 1894 Land Acquisition Act, further formalities were being completed to pay compensation to landowners in four patwar circles of the Balakot tehsil.

“We have been acquiring land in the Bala Schain, Paras, Ghanool, and Sangar patwar circles, and the district revenue department teams are pursuing the task aggressively in their respective areas,” he explained.

The project’s bidding and contractor hiring processes have already been completed, and a consortium of enterprises has been formed. Land acquisition has commenced for the 300MW Balakot power plant.

The Pedo will implement the downstream project on the Kunhar River with financial assistance from the Asian Development Bank.

Dengue death: A youngster in the Dodial area has died of dengue infection.

Abdullah, 10, was diagnosed with dengue three days ago and died in an Abbottabad health facility on Monday night. Land acquisition has commenced for the 300MW Balakot power plant.

On Tuesday, following the funeral prayer, he was laid to rest in the Dodial area.

Abdul Rashid, a police sub-inspector assigned to the Torghar district, died last week in the Dodial area of dengue illness.

Three people, including two women, died last week in the Darband area from the mosquito-borne sickness.

“The health department has woefully failed to contain the virus, resulting in an increasing number of individuals becoming unwell and being referred to outpatient facilities throughout the district,” Abrar Hussain, former Nazim of Dodial village and neighborhood council, stated. Land acquisition has commenced for the 300MW Balakot power plant.

He stated that the health authorities had not yet begun fumigating such union councils, formerly dengue hotspots. Land acquisition has commenced for the 300MW Balakot power plant.