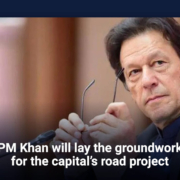 PM Khan will lay the groundwork for the capital’s road project. According to recent news sources, Prime Minister Imran Khan will lay the foundation stone for the rehabilitation of the Balkasar to Mianwali and Mianwali to Muzaffargarh road projects on Saturday. The project is being implemented through a Public-Private Partnership.

The route is 415 kilometers long, 286 kilometers between Mianwali and Muzaffargarh, and 129 kilometers between Balkasar and Mianwali. The National Highway Authority (NHA) will oversee the road project’s repair, which would cost PKR 13.8 billion. The federal government would provide PKR 12.4 billion, while the NHA would contribute PKR 1.38 billion through a road maintenance account.

The route is scheduled to open within the next 12 months. The studies showed that the project was divided into ten segments of 40 kilometers each to ensure prompt completion. The road project’s technical bids are being evaluated, and once they are complete, the finance bids will be opened.

Read more with EL news : The scenic beauty of the Margalla Hills is in jeopardy

On Monday, Prime Minister Imran is also set to launch the Hakla-Dera Ismail (D.I.) Khan Motorway. It is included in the China-Pakistan Economic Corridor’s western alignment (CPEC). According to information released about the project, the four-lane north-south highway will begin at Hakla on Peshawar-Islamabad (M-1) near the Fateh Jang interchange and conclude at Yarik near D.I. Khan. Travel time will be reduced from five to two and a half hours due to this project.