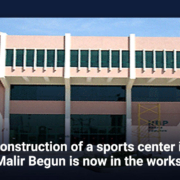 On April 24, City Administrator Barrister Murtaza Wahab laid the foundation stone for a state-of-the-art sports complex and three stadiums at the 20-acre Star Ground in Malir.

Read more with EL news : The IHC acquits the owner and CDA officials in the Safa Gold Mall case

It would cost PKR 2.5 billion to finish these projects by December 31, according to the administrator, who said they would be done by then. After that, he said that roads would also be built near the Malir sports centre. The Benazir Bhutto Park is being built for fun, says the park’s administrator, Wahab.

He said this about the park: there are children’s play areas and places to walk and run. There’s also a separate area for women. People in the Sherpao Colony will have a monument put up in Hussaini Chowk that will be their sign. He then went on to say that the city’s open spaces and playgrounds are now being looked after.