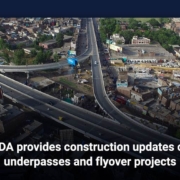 LDA provides construction updates on projects of underpasses and flyovers. According to press reports, the Lahore Development Authority (LDA) announced that development work on the Gulab Devi underpass is proceeding faster.

ON SUNDAY, the LDA said that it intends to complete excavation work on the barrel beneath the Gulab Devi underpass. The contractor has been directed to entirely open the barrel on November 1 (today) to allow for road carpeting and wall finishing. . The authority intends to construct the Gulab Devi underpass two months ahead and open it to traffic on November 30, according to the information provided. On the other hand, the entire cost of the Sheranwala flyover has been increased by PKR 23.4 million.

The project’s revised cost will be used to carpet roadways and transfer services. To do this, separate bids were solicited rather than included in Project Concept-1 (PC-1). Apart from the PC-1, the LDA has published tenders totaling PKR 180 million for other ancillary services related to the Sheranwala flyover project.

Construction on the Bhara Kahu Bypass is scheduled to begin shortly: LDA
According to the special assistant, the construction of this project is projected to be completed in two years. According to the project’s plans, the 7.8-kilometer bypass would be a part of Margalla Road and begin at Quaid-e-Azam University. It will then pass through state land until merging with Murree Road near Satra Meel.

Additionally, Planning Minister Asad Umar stated that the Ghazi Barotha water project development will begin within the next six months. According to details, the project is intended to serve Islamabad and Rawalpindi with 100 million gallons of water daily (MGD). He continued by stating that the existing government has embarked on a large development project in Islamabad to bridge the urban-rural divide.

By December, inhabitants of Islamabad will have health cards that will entitle them to free health care. Additionally, the city will create four new institutions and a 200-bed hospital.