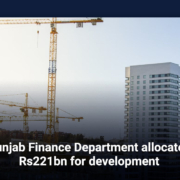 A park dubbed Quranic Park, located on Sher Khan Chowk near the Military Hospital has been completed due to work. Various trees with names that exist in the Quran, such as olive and fig, have been planted in the area.

A ‘Rumi Wall,’ located near Rumi Park, has been constructed.