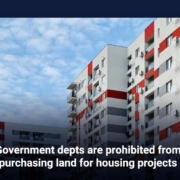 Government departments are prohibited from purchasing land for housing projects. Cabinet abolishes quotas in public housing programs Minister asserts that food and fuel prices are the lowest in the region. Today, the Prime Minister will reveal a massive assistance package’ One-year extension granted to CEO of ‘non-operational’ PSM

Islamabad: The government prohibited all federal institutions from acquiring land for housing purposes on Tuesday, in addition to scrapping all quotas in government housing plans, except for those for its staff.

The decision was to proceed during a cabinet meeting chaired by Prime Minister Imran Khan. It asserted that, despite extraordinary inflation, Pakistan’s costs for vital products remained lower than those throughout South Asia, including Afghanistan, Bangladesh, and India.

The cabinet was informed that PM would announce a “massive relief package” in his Wednesday (today) address to the nation, which would benefit over 53% of Pakistan’s inflation-affected population.

“The cabinet has determined that no federal government institution will acquire land from residents in Islamabad in the future,” Information Minister Fawad Chaudhry stated during a press briefing following the cabinet meeting.

Meanwhile, Asad Umar tweeted: “Today, the cabinet abolished a decades-old unjust system in which acquired land forcibly from Islamabad residents.” Imran Khan’s government can only make such a populist move.”

However, a senior govt official on condition of anonymity that the government had effectively phased out the Naya Pakistan Housing Program (NPHP) due to the authorities responsible for it, such as FGEHA and NPHA, would not be able to acquire land for providing affordable housing units to the poor.

He added that it would also be unjust for individuals who had already paid for their land through any land award (setting the government price for land). In contrast, others who had not collected it would receive market value for the land.

“Now there is a void: who will determine the market value of land — the seller or the purchaser,” he explained, adding that before this decision, the concerned deputy commissioners had declared the land’s award.

The minister stated that the cabinet received a detailed briefing on commodity prices compared to other regional countries and was assured that Pakistan’s prices were the lowest in the region. “Pakistan’s fuel prices continue to be the lowest among non-oil producing countries,” he asserted.

Wheat flour costs Rs60.9 per kilogram in Pakistan, Rs83 in India and Bangladesh, and roughly Rs73 in Afghanistan, according to the ministry.

According to the minister, the poverty level in the countries with which Pakistan was compared was higher than in Pakistan, according to the most recent World Bank report. Comparing edibles across provinces, he stated that a 20kg wheat flour bag cost Rs1,100 in Rawalpindi and Rs1,470 in Karachi.

Similarly, sugar was sold at Rs90 per kg in Rawalpindi, but at Rs120 in Karachi. He stated that the price of Moong pulse was Rs148 per kg in Punjab and Rs196 in Karachi. In Islamabad, the price of gram pulse is Rs153 per kg, while in Karachi, it is Rs164 per kg.

The minister lashed out at the Sindh administration for failing to control commodity prices and urged PPP Chairman Bilawal Bhutto-Zardari to stage an anti-inflation rally in front of the Sindh Chief Minister House next time. He stated that the Sindh government needed to enhance its governance to provide relief to the province’s residents suffering from excessive inflation.

The minister stated that while the government has established minimum salaries for labourers, it did not wish to intervene further in the private sector. Nonetheless, attempts were being taken to foster a business-friendly climate. “It is the obligation of private sector industries that achieved record profits during the COVID to pass on the relief to their employees through wage increases,” he continued.

Concerning the third amendment to the NAB ordinance, he asked the media to contact their legal counsel before reporting on a legal situation and stated that the president’s authority to remove the NAB chairman was not subject to the prime minister’s advice.

The cabinet, he continued, rejected a proposal to suspend import duties on historic cars for one year.

The cabinet authorised revisions to the Rules of Business 1973 at the request of the housing ministry, allowing the foreign and defence ministries to be exclusively responsible for their buildings. Both ministries would need to get a no-objection certificate from the housing ministry before embarking on any new project.

Lt Gen Javed Mahmood Bukhari, Rector of NUST University, and Engineer Rehan Abdul Baqi, Vice-Chancellor of the Institute of Space Technology, have been appointed to the Pakistan Engineering Council for the year 2021-2024.