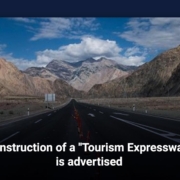 The government issues a tender for the construction of a ‘Tourism Expressway.’ Punjab’s government has published a tender for a 123-kilometer-long tourism expressway, which is projected to cost more than Rs4 billion and be completed in less than 30 months.

The expressway will run from Pindori Chowk in Kalar Syedan to Lower Topa in Murree.

When completed, the road will be marketed as a ‘tourist corridor’ connecting Azad Kashmir, Gilgit-Baltistan (GB), and Galiyat. Five key routes would connect Azad Kashmir, Islamabad, Rawalpindi, and other cities to the expressway. The project’s work order is scheduled to be issued during the first week of November.

According to MNA Sadaqat Ali Abbasi, who suggested the project, the tourism expressway will offer new employment prospects in four mountainous tehsils of the Rawalpindi region.

He noted that would commercialize all properties along the road and that the project’s completion will enable the building of four- to eight-story earthquake-resistant commercial plazas.

The congressman stated that educational institutions, industrial zones, contemporary parks, and picnic areas would be constructed along the expressway.

Abbasi stated that the road would be the longest in the Potohar region, and the government intends to plant 0.25 million seedlings of fruit-bearing and floral trees along its length.

Additionally, it will install automated signals and advertising LEDs around the road.

It will be marketed as a “tourism corridor” once it has been built, connecting Azad Kashmir with the provinces of Gilgit-Baltistan (GB) and Galiyat. The expressway would be connected to other cities by five roads, including Azad Kashmir, Islamabad, Rawalpindi, and others. In the first week of November, the work order for the project is expected to be issued.

The MNA expressed hope that the building of significant monuments along the road would promote and depict Potohar and Kohsar’s combined cultures in all their splendor.