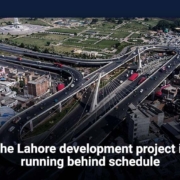 A $250 million “Punjab Intermediate Cities Improvement Investment Project” (PICIIP) that was started in 2018 isn’t done yet because different departments’ poor planning and procedural delays. This has caused the project’s costs to go up even more.

Improved governance, integrated planning, better service delivery, efficient local transportation and climate-resistant infrastructure are some of the ways the  Lahore project aims to make the cities green, inclusive, resilient and competitive smart cities. IT will be used to improve city service delivery in the framework of a smart city.

An ADB investment lending program would be used to pay for the project, with a loan from ADB of $200 million and a contribution from the Punjab government of $50 million.

The Punjab Directorate General Monitoring and Evaluation Planning and Development Board was in charge of the project’s monitoring and evaluation, and they did a good job of it. Dawn has a report that says the project was supposed to be done by June 30, 2023. After almost four years, the Lahore project has only made about 34% progress, which is behind schedule.

The project is having a lot of problems, such as getting permission from different departments, moving utilities, traffic jams, and so on. This means that the project’s progress is being hampered by inefficient planning, which will make the project more expensive and take longer.

The project was started to improve urban transportation and traffic management infrastructure and services, such as bus terminals, stands, and services, traffic signaling and signs, roadside works, and road junctions. Until the time of the visit, these activities had not been done.

The director of the PICIIP program changed almost every six months, which caused financial problems and slowed down the work that was being done on it. The Lahore project required the excavation and refilling of soil after the sewers and conduits were installed. At the time of the visit, it was found that no record of surplus soil was kept and no such data was shared with the M and E monitoring team director-general.

As a safety measure, the site should be properly barricaded to avoid any kind of accident. Field density tests should be done at the end of each layer of the road to make sure that the soil is properly compacted.

Resident consultants must make sure that work is done at the site according to standards and specifications. They must also make sure that work that was rejected or not approved by the contractor is done again by the contractor and that the department’s higher-ups help speed up the process of getting a NOC and providing a site for work so that the pace of the work can be sped up.

It says that a regular person should be in charge of signing checks to make sure the contractors get paid on time. To save money for the public purse, the next phase needs to be started after this phase is done. To make sure that the engineering estimates are accurate, the engineering staff from the Local Government and Community Development Department should be the main person to look over them first. The M and E DG may be able to help speed up the work for the program under PICIIP. They might do this by monitoring. Visiting the sites once a quarter might be a good idea in this case. Efforts to improve the city of Lahore are going behind schedule.