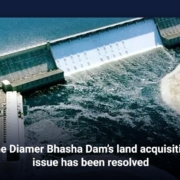 Read more with EL news : Murree to be designated as a separate district, with two parking lots likely

According to reports, concerns about the land site in Khyber Pakhtunkhwa (KP) and Gilgit Baltistan have been addressed by a local Jirga, the local administration, and the Water and Power Development Authority (WAPDA) (GB). The declaration was made during a ceremony hosted by the Thor-Herban grand Jirga at the dam’s site.

The Jirga was established in December 202 with a membership of 26 members to resolve the territorial dispute. According to sources, the land dispute was resolved after WAPDA agreed to compensate tribes on both sides of the boundary.