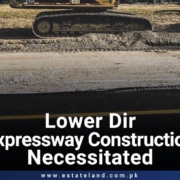 LOWER DIR: The construction of the Dir expressway, the creation of a unique Dir division, and the start of studies at the Timergara Medical College were among the demands made by the speakers.

The demand was made during a post-budget seminar hosted by the Dir Qaami Pasoon (DQP), a local welfare group, and the district bar association here the other day.

Opposition parties, according to MPA Bahadar Khan, were overlooked in the development budget. He stated that the ruling party had broken all democratic standards by ignoring the opposition while making decisions.

In his district, he stated, had built multiple playgrounds. He claimed that monies had been set aside by the government to construct the Sanam Dam, the Chakdara bypass road, and the upgrade of Chakdara Hospital. He said that he had included a bit of money in the Dir Expressway project budget, which will complete through a public-private partnership after receiving approval from the relevant authorities.

The Bar president, Shah Faisal Advocate, has petitioned the Chief Justice of the Peshawar High Court to establish a single bench for the Dir and Bajaur districts in Timergara. He said the bar would urge local landowners to contribute land for the bench and offices for a separate division if the government provided the funds.