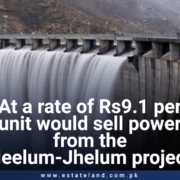 On an interim basis, the National Electric Power Regulatory Authority (NEPRA) permitted charging the maximum hydel tariff of RsRs9.118 per kWh on Monday.

It enabled the Neelum-Jhelum Hydropower Project (NJHP) to continue selling energy on a take-or-pay basis with a must-run condition at a provisional tariff of Rs9.118 per kWh. Since October 17, 2019, it has been in place.

The tariff has to pay interest on the debt and return the principal sum of Rs317.367 billion borrowed from foreign and local sources to build this project, costing Rs428.296 billion.

The regulatory body’s decision will determine whether or not this rate is revised. The seller (NJHP) must either obtain a waiver from the Executive Committee of the National Economic Council (Ecnec)/relevant agency or conduct the third-party validation (TPV). NJHP is about to file a tariff petition with the Central Power Purchasing Agency (CPPA) after completing one of the two choices. This decision is direct to the federal government for notification.

It’s worth noting that the seller had requested a 30-year revised rate of Rs10.3 (cents 6.2440) per unit. On June 21, 2021, the regulator convened a public hearing on the tariff petition to establish the project’s rate.

During the hearing, the authority stated that the project requires a TPV, which has yet to be completed three years after the decision/approval.

To address the issue of TPV, NJHP replied by writing various letters to crucial forums such as the Ministry of Water Resources, Ministry of Planning Development and Reforms, and Planning Commission, copies of which are with NEPRA. According to the seller, the Planning Commission is appointing the consultant who would conduct the TPV.

NEPRA has already expressed its opinion, according to the decision, which is in the project’s tariff determinations of November 19, 2018. 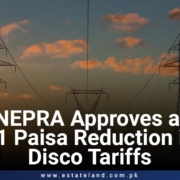 NEPRA chairman Tauseef H. Farooqui, the regulator, did not agree to a PKR 13.4 billion worth of three-year-old changes based on which the Discos had requested a monthly FCA increase of around 80 paisa per unit.

According to a formal notice by the regulator, the lower fuel cost would be reflected in consumer bills in the August billing month, resulting in a PKR 3 billion revenue loss for Discos. However, consumers of K-Electric and agricultural and residential Disco customers would not be subject to these charges.

The CPPA has sought the regulator to authorize around 80 paisa per unit higher charges to customers for power use in June 2021 under the FCA mechanism due to PKR 7.6 billion in adverse fuel price increases than pre-determined reference costs.

Following interrogation by NEPRA’s team, Central Power Purchasing Agency (CPPA) CEO Muhammad Rehan indicated that roughly PKR 13.38 billion in claims lodged on account of historical adjustments, including those from March 2019 to the present. According to the methodology, around PKR 11.65 billion in operations and maintenance (O&M) expenditures were improperly incorporated into the pricing for the same period, resulting in a net excess worth of around PKR 1.7 billion. He indicated that he would include the PKR 11.65 billion in modifications in the quarterly pricing adjustment later.

The chairman stated that the most pressing issue was an increase in consumer burden due to three-year-old changes. The NEPRA team was concerned about the legal challenges surrounding the time-bar for FCA consideration and decided not to proceed with the previous amendments until thoroughly assessed the legal and contractual requirements. Members also expressed concern about the costs associated with transmission system constraints and expressed dissatisfaction that power company stakeholders were not liable for financial and technical constraints.

In answer to a question about last month’s frequent and prolonged load-shedding owing to fuel mismanagement, NEPRA’s chairman argued that the fuel shortage was outside the power regulator’s jurisdiction. A cabinet committee was already investigating the incident.

Due to higher generation costs of energy consumed in June, the CPPA has sought an additional charge of 80 paisa per unit from Discos’ consumers, earning over PKR 11 billion in extra cash flows for power firms.

In June, the Discos charged consumers a reference gasoline pricing of PKR 5.93 per unit, but the actual fuel cost was PKR 6.74 per unit, according to the CPPA. , consumers should be able to get 80 paisas per unit back. The actual price of gasoline, according to NEPRA, was PKR 5.72 per unit, resulting in a 21 paisa per unit refund to clients via a subsequent bill adjustment.