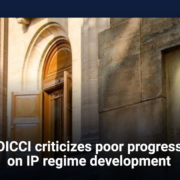 OICCI criticizes poor progress on IP regime development. Overseas Investors Chamber of Commerce and Industry (OICCI) has complained that progress on building an effective regime for intellectual property rights (IPR) like trademarks, patents, and copyrights has been “well below the desired level”.

The group of over 200 foreign investors reminded Commerce Advisor Abdul Razak Dawood that “top government authorities” must “focus on this issue” if the country wants to attract foreign direct investment.

The letter OF OICCI criticized the government for its lack of responsiveness to OICCI members’ pooled feedback on proposed changes to IP legislation in 2019. Nothing on whether the IP laws have been approved,” it said.

Read more with EL news : Projects to be completed on time in Baluchistan: CM

The word “trade secret” is recognized as an intellectual right in the IPO Act 2012 preamble, but not in the actual statute, the letter noted. “Our view is that this issue restricts foreign investment… Due to the deficit of legal protection for trade secrets, international companies don’t shop in Pakistan or partner with Pakistani firms.

The Intellectual Property Organization of Pakistan (IPOP) has “digitalized” its database, but its technology is “prolonged” and exhibits several errors while looking for trademarks. The website goes down frequently, and searches yield no results. Online applications are “one month later, which defies the purpose of digital filing,” it says, noting no information on opposition hearings. “This is a huge setback that delays IP processes.”

OICCI members said IPOP should do its due diligence on new IP filings to see if they are materially similar to others. Currently, IPOP appears to be posting all applications. Companies must pay a lawyer each time a new application is filed to object to an IPR substantially identical to a previous IPR.

A Company, Direct Access function, should be added to the IPOP online system, OICCI advised.