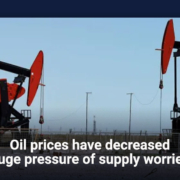 Sept 8 – Reuters has reported that Oil prices rose by as much as $1 per barrel on Thursday after dipping below key technical support levels in the earlier session. An energy deadlock between Russia and West focused minds of investors on how fitted petroleum supply may become.

Some analysts of Haitong Futures pointed out that the oil price relies upon external conditions i.e. the energy tussle between Western World and Russia

Different Prices drew support from Russian President Vladimir Putin’, as he threatened to stop the exports of Oil and Gas. The only reason behind such move would due to some of the European purchasers planning to impose price caps.

The European Union has planned to cap Russian gas rate only few hours later due to Moscow’s new threat. Or else, it would have increased the danger of restricting in some of the world’s richest economies this winter. Gazprom, a Russian state enterprise has already stopped flows from the Nord Stream 1 pipeline, which has cut a considerable percentage of supply to Europe.

The potential effect of any new contract or revival of a previous agreement about Tehran’s nuclear programme would also be important. The Oil prices would than depend upon the agreement status, after both the parties announce their joint decisions. New Prime Minister of UK, Lizz Trus by looking into the current market trends has decided to scrap the fracking ban, as per the new report of Telegraph newspaper. She would explore more usage options of its reserves in North Seas. Two of the important government entities revealed to Reuters that the new government might also announce lots of other new North Sea oil and gas exploration authorizations. Such a move is necessary to increase domestic oil production.

On the other hand, numerous central banks around the globe would initiate a new round of hikes in interest rates. This policy would be very important for tackling growing inflation in the coming days.

The European Central Bank is formulating strategies to increase the interest rates. They would abruptly announce after coming up with their final decision on Thursday. The upcoming U.S. Federal Reserve meeting following on Sept. 21 would determine the interest rates.