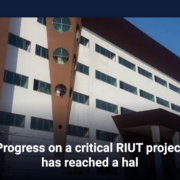 Despite the project’s urgency, the administrative and financial affairs of the Rawalpindi Institute of Urology and Kidney Transplant (RIUT) still await transfer to the new project director Dr Zainul Amir.

According to the Express Tribune, the newly deployed project director has not been granted drawing and disbursing officer (DDO) authority, nor has he been equipped with an administrative staff or director of finance to oversee the healthcare facility’s beginning operations.

The Punjab government has already granted a Rs800 million grant for the hospital’s operationalization and approved the project concept (PC) -1 for human resource employment and related expenses.

The health department has not yet been handed management of the facility, and Dr Zainul Amir has not been given the necessary authority to oversee the building’s timely completion, acquisition of equipment, and recruitment advertisements.

No new bank account has been formed for the purpose, sources claimed, adding that the critical project was never completed under the previous government and remains dormant under the new regime.

The delay in establishing RIUT has resulted in an overflow of kidney-related patients at the Benazir Bhutto Hospital, which has been compelled to push back surgery dates by up to six months due to resource constraints.

RIUT was founded in 2012 by former Punjab Chief Minister Shahbaz Sharif with the mission of delivering high-quality care to residents suffering from acute renal illness.

However, the hospital’s development has progressed at a snail’s pace, with a significant amount of work remaining even after over a decade.

Despite the lengthy period of time spent on the building’s development, the institute’s civil works remain unfinished to this day. However, the necessary equipment has been acquired.

Additionally, the outbreak of Covid-19 transformed the institute into a coronavirus-specific medical facility.

The healthcare complex is still in the process of establishing a dialysis centre with 30 machines, five modern modular operating rooms, and one additional operating room.

The government intends to complete the project by December 2021.

Dr Umar stated that they have set an initial goal of recruiting 1,100 staff members for the hospital, including doctors, nurses, and others. Progress on a critical RIUT project has reached a halt.

Managing human resources had been a major issue at the institute to date, with 210 nurses transferred to Lahore and other hospitals in Rawalpindi and Murree due to RIUT’s inability to pay their salaries.

The government is now coordinating the ad hoc deployment of human resources from other hospitals, and the installation of acquired equipment will also be expedited.