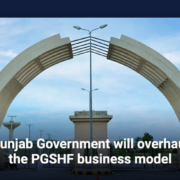 News sources said on August 30 that the Punjab government has decided to change the way the Punjab Government Servants Housing Foundation (PGSHF) does business. With the new model, retired government workers would be able to buy plots by paying for them over time or by getting loans from banks.

Read more with EL news: The CDA will rehabilitate a Mughal-period inn

According to reports, the Punjab Minister for Housing and Urban Development, Mian Aslam Iqbal, led a meeting of the housing department where ideas for changing the business model and giving home loans to retired employees were discussed. In the next budget, the government will plan for people who are retiring, the minister said. During the meeting, the following decisions were also made:

The minister also said that the proposals will be made by the right departments, and the Punjab cabinet will give its final approval.