The Punjab government and the CDA had a virtual meeting presided over by Punjab Chief Minister Usman Buzdar. Amer Ali Ahmed, Chairman of the CDA, was also present. The meeting resolved that the CDA will construct the section of road and an interchange. However, the Punjab government will bear the cost of any work carried out inside the province’s jurisdiction.

A portion of Ring Road will connect M-1 to GT Road in the vicinity of Sangjani. It will also be connected to Islamabad’s Margalla Road via an interchange. Another interchange will be built on N-5 in Wapda Town.

CDA will construct a three-kilometer section of Rawalpindi Ring Road.

The previous year, Rawalpindi’s responsible department attempted to construct the entire 3.4-kilometre section of road, but the CDA intervened. Later that year, in February 2021, Prime Minister Imran Khan backed the CDA’s position and said that the CDA would construct the road segment that falls under its jurisdiction.

In the vicinity of Sangjani, a segment of Ring Road will connect M-1 to GT Road. It will also be connected by an interchange to Islamabad’s Margalla Road. On N-5 in Wapda Town, another interchange will be constructed.

The meeting determined that both parties would independently acquire land in their respective regions, but the CDA would construct. According to CDA officials, 1.6 kilometer of the road are within Islamabad’s city limits, while 1.8 kilometers are within Punjab. 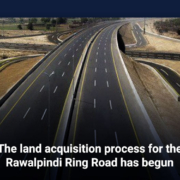 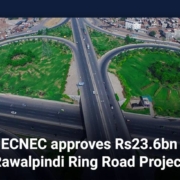