According to the report written by Inquiry Officer Omer Rasul, officers who disagreed with Gulzar Hussain Shah and had to deal with his “shenanigans” should get letters of thanks. Captain M. Anwarul Haq, who had retired, Jahangir Ahmad, Ammara Khan, Ali Annan Qamar, Waseem Ali Tabish, and Dr Farrukh Naveed were some of these officers.

Records show that the Moorat interchange was changed because National Engineering Services Pakistan (Nespak) thought it was necessary from a technical point of view. The Provincial Development Working Party (PDWP) was then told about the change. However, in their statements, the people who work for housing societies said they had nothing to do with this change.

Documentary evidence and the opinions of technical experts were used to compare and analyse different parts of the three alignments (2017, 2020, and 2021). Based on the project’s nature, scope, and goals, the 2020 alignment was found to be the best.

A report says that the alignment of the road in 2021 was based on “fanciful” ideas.

According to the report, the so-called 2021 alignment was based on assumptions that were both silly and not technical. It was passed because the facts were lied about and hidden.

The former commissioner should be taken to court because he made a fake report, according to a report released on May 7, 2021. The report also said that the ex-fact-finding commissioner’s inquiry report would be used as the basis for all future administrative and criminal actions against him.

This report by Mr. Shah was false and illegal, and it was made to put retired Capt. Mohammad Mahmood in trouble. This is clear from the fact that none of the charges against him were backed up by facts. Instead, they were based on guesses, fancy phrases like “rent-seeking syndicate” and “reckless speed,” and they failed to prove that Mr. Mahmood did anything wrong while working on the project.

A team of technical experts must also look into the legality of Mr. Shah’s steps and the approvals he got for the 2021 alignment of the R3 project.

The report also says that Mr Malik could be sued for negligence, lack of oversight, and behavior that isn’t fit for an officer and isn’t good enough for the position of chief secretary (Punjab).

It says that Mr. Malik’s carelessness shows that he was told to keep quiet or that he pretended not to know the rules, regulations, and laws so that Mr. Shah could continue with his bad plans.

It also says that Dr Farrukh Naveed should be put back in charge of the PPP cell because of his technical expertise and considerable contributions to setting up the PPP cell in the Planning and Development Department (Punjab) and his tireless efforts to set up a PPP institutional framework for the planning and implementation of multiple PPP projects in different sectors.

A third-party validation could be done by an independent and trustworthy engineering consulting team to figure out the best route for the Rawalpindi Ring Road Economic Corridor Project, taking all of the past options into account but not being limited to them.

The report also says that the project must be restarted on its best alignment after all legal requirements have been met in order to help the people of the twin cities. 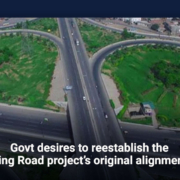 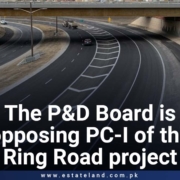 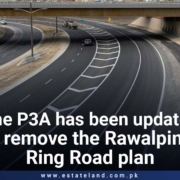 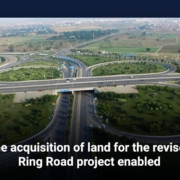 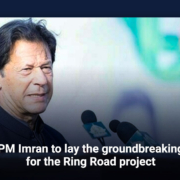 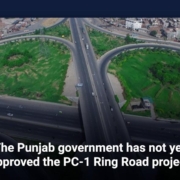