The Karachi circular Railway will be equipped with electric trains. Federal Minister for Planning, Development, and Special Initiatives Asad Umar presided over a meeting on Wednesday to assess the current state of the Karachi Circular Railway and the progress of the construction work (KCR). As part of the discussion, the secretary of Pakistan Railways informed the minister that the Karachi Circular Railway project was on track and would be completed following the ministry’s timetables. Furthermore, he stated that the KCR intends to develop a 43-kilometer-long world-class inexpensive mass transportation system that will use environmentally friendly electric trains to transport passengers.

The minister was also updated on the Freight Corridor from Keamari to Pipri Marshalling Yard, which is now under construction. The Freight Corridor project comprises the structure, duplication, and upgrade of a 50-kilometer dedicated freight corridor from Karachi Port to Pipri, and establishing an Inland Container Depot / Marshalling Yard at Pipri is a critical component of Pakistan’s economic development. It is anticipated that the Project will capture 40% of the goods intended for shipment to the upcountry.

Asad Umar has asked Pakistan Railways to complete all regulatory requirements as soon as possible and ensure that all required arrangements are in place for the groundbreaking of KCR infrastructure by September 2021, the deadline set by the government. Aside from that, the planning minister urged all responsible officials to guarantee that they completed the projects within the specified time frames since these projects were critical to the socio-economic development of the people of Karachi. The conference was attended by Azam Khan Swati, the Federal Minister for Railways, the Secretaries of Planning and Railways, the Chief Executive Officer of the Public-Private Partnership Authority, and senior officials from both ministries.

KCR is a government-funded project
The Karachi Circular Railway project, according to Pakistan Railways, will be completed in three phases over three years. The KCR project had 43.13 kilometers, with 14.95 kilometers on the ground and 28.18 kilometers raised. It would have 24 stations and would have a daily ridership of around 550,000 people.
In the second phase, they will expand operations to a seven-kilometer track between Orangi Station and Gilani Station, and trains will travel over a nine-kilometer stretch between Gilani Station and Drigh Colony in the third phase. The second phase of the KCR will cost Rs 8.70 billion, while the third phase will be completed in a public-private partnership (PPP) arrangement. 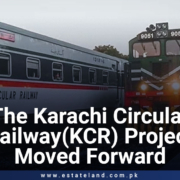 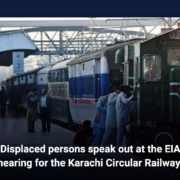