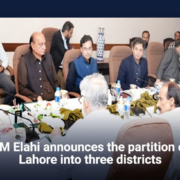 Punjab Chief Minister (CM) Pervaiz Elahi announced on Sunday, October 30, that Lahore will be split into three districts. Some parts of Kasur District will be included in the new districts, according to news sources.

At the opening ceremony for the project to remodel Kalma Chowk in the Central Business District (CBD), he said that the goal of the division is to improve service delivery in the city. He said that the division is part of a plan by the Punjab government to give residents better services and build up their abilities. He said that the project would be given official approval in the next few days, after surveys and boundary issues were taken care of. He also said that work would start on a highway that would go from Kasur to Rahim Yar Khan (RYK), going through Okara and other big cities. 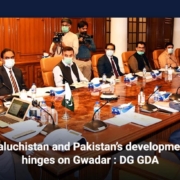 Qambrani said at a roundtable discussion hosted by the Institute for Regional Studies (IRS) that the government has started a number of development projects with the help of private companies. These projects include energy corridors, water supply schemes, and institutions that are helping to change the lives of people in Gwadar. He also said that plans are in the works for a coal-fired power plant with a 300 MW capacity and the building of solar parks to get energy from renewable sources. He also talked about how Gwadar International Airport is coming along. This airport will start airline service in March of next year and will be able to fit an Airbus A380.

Qambrani also said that Gwadar’s master plan is similar to Shenzen’s and that it would cost PKR 3.3 billion to finish. He said that the plan is not to move people, but to fix up and revitalize the old town of Gwadar. He asked think tanks to help get the word out about Gwadar and clear up common misunderstandings. 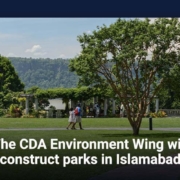 A press release from October 26 says that the chairman of the Capital Development Authority (CDA), Captain (retired) Muhammad Usman Younis, has told all relevant departments to make sure that the citizens have a healthy environment. This includes building parks in the capital.

According to a press release from CDA, the organization’s environment department has decided to build a park for women in Sector I-14/1. Under the same plan, another park will be built in Sector F-10/4 to give people, especially kids, a place to play that is good for their health.

It was said that both parks will have walkways, jogging and cycling paths, swings for kids, and other important features. Also, different kinds of seasonal flowering plants will be planted in the parks to help visitors feel even better. In another development, CDA Chairman Younis has given orders, and the environment wing has finished its plan for building a jogging track and box culvert on the green belt of Sector F-8/3. 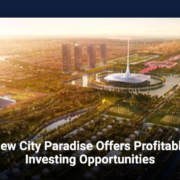 The latest news from Islamabad says that New City Paradise is an upcoming housing project that will give its customers high returns on their investments. This project is being worked on by a group of very skilled architects, engineers, and designers who want to do their best for their customers.

Read more with EL news: Construction restrictions are imposed by KP along rivers

NCP promises their investors that the plot fees will be very reasonable and worth it. Compared to other housing projects, this one has low prices, but if you invest in it on time, you can make a lot of money. The business-friendly structures of the project will also help the investors. Every building is meant to make the residents of the housing society feel better and raise the quality of their lives. 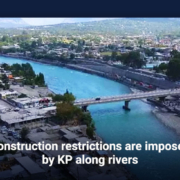 Khyber Pakhtunkhwa (KP) Chief Minister (CM) Mahmood Khan banned all new building along rivers, irrigation canals, and other waterways in the province on Wednesday, October 26. This was reported by news sources.

CM Mehmood, who was in charge of a meeting about the province’s anti-encroachment drive, told the right people to use Section 144 to stop people from building new houses, hotels, and other commercial and non-commercial buildings along waterways like the Swat, Panjkora, and Kunhar rivers and irrigation department canals all over the province. He asked the right people to do their jobs without being told what to do and to make sure the law is followed.

Mehmood also told everyone involved not to give any No-Objection Certificates (NOC) for building along the rovers. During the meeting, it was said that 100 illegal buildings had been taken down along the Swat River in five separate operations in Kalam, Madyan, Bahrain, Fiza Ghat, and Mingora. In Kalam Bazar, hotels and walls that had been built have also been taken down.

It is important to remember that it is against the law in KP to build a house or other structure within 200 metres of a body of water. But breaking this rule has caused damage to property that is estimated to be worth billions. 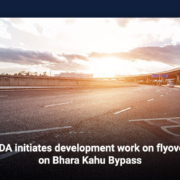 Construction on the Bhara Kahu Bypass flyover has reportedly begun by the Capital Development Authority (CDA) in Islamabad, as reported by the local press on October 27.

The National Logistics Cell (NLC) has reportedly begun piling for the Bhara Kahu Bypass road flyover project, which spans a distance of kilometre. A total of 275 piles, according to the NLC’s engineering division, will be installed for the flight. It was also noted that there could be an increase in traffic, but that officials will work to keep things moving as smoothly as possible.

According to the report, the overall length of the bypass is 5.33 kilometres, of which 4 kilometres are grade road and 1.33 kilometres are elevated (flyover). Except for the section involving Quaid-e-Azam (QAU) University, it was reported that construction is moving along at a normal speed.

Without naming them, CDA officials claimed in PC-1 that the project timeline is four months. They said the Bhara Kahu Bypass project, which includes an intersection and a flyover, will be finished two months ahead of schedule. 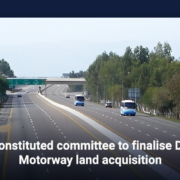 Khyber Pakhtunkhwa (KP) Chief Minister (CM) Mahmood Khan set up a committee on Sunday (October 23) to make sure that the land acquisition process for the 30-kilometer-long Dir Motorway is done on time, according to news sources.

The committee’s job is to deal with land-related issues in the area where the project is supposed to happen. The participants were also told that, according to the initial plan, the Dir Motorway will be 30 kilometres long, have four lanes, and have two tunnels. There will also be two highway tunnels built, one in Dara Adamkhel and the other in the Karak area. The Peshawar-DI Khan Motorway project, which is 365 km long and has six lanes and 19 interchanges, was also talked about at the meeting.

CM Mehmood emphasised at the time that the goal of his government is to give citizens amenities at any cost. He said that building a network of highways and roads is one of the things that will help people get around better. 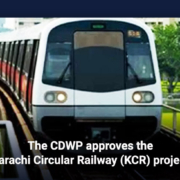 A news source said on October 25 that the Karachi Circular Railway Project (KCR), which will cost PKR 292.389 billion, has been approved by the Central Development Working Group (CDWP).

Read more with EL news: The 7th Avenue Interchange underpass will shortly be available to traffic

Ahsan Iqbal, who is the federal minister for planning, development, and special projects, called a special meeting of the CDWP. According to the details of the project, it is planned to build a dual track that is 44 kilometers long and goes from Drigh Road through Federal B Area, North Nazimabad, Gulshan-e-Iqbal, Liaquatabad, Nazimabad, Lyari, and Sindh Industrial Trading Estate.

The project will also involve building road/railway cross-sections, horizontal and vertical curves, ramp gradients, and the layout of structures in relation to the alignment. The work will also include building stations, warning signs, signs for drivers, regulatory, informational, and passenger-friendly signs, aligning the route, and building other facilities.

The news source said that the project will likely be finished in 4 years. The urban rail mass transit system will carry 457,000 people every day, and that number is expected to grow to 1 million people in the future. It was said that the project would use electric trains and that it would run for 17 hours a week. Along the corridor, KCR will build 30 stations. 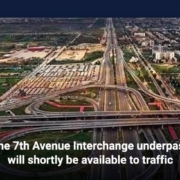 The leading newspaper on October 26 reported that the Capital Development Authority (CDA) is ready to open the underpass on 7th Avenue Interchange soon.

Read more with EL news: Authorities are ordered to do a dam construction survey on the River Swat

Captain (ret.) Muhammad Usman Younis, who is in charge of the CDA, said that the 7th Avenue Interchange is done and ready for traffic. He also said that people will be able to use the underpass in a few days. The chairman said that the authority is trying to finish other building projects on time.

According to the details, the interchange was built where 7th Avenue, Khayaban-e-Suhrwardy, Srinagar Highway, and Garden Avenue meet, which is near Aabpara. The said project has the shape of a cloverleaf with four loops to the left and right and an underpass to connect the different parts of Khayaban-e-Suhrwardy. The news source said that all of the interchange loops are now open to the public and that the part of the Srinagar Highway that was carpeted was finished on Tuesday.

The CDA officials, whose names were not given, said that the underpass roads would be carpeted soon and that the work would be done in two days. 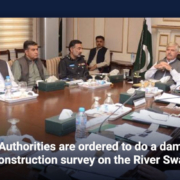 A news article from October 26 says that Khyber Pakhtunkhwa (KP) Chief Minister (CM) Mahmood Khan has told the right people to do a survey for building a dam on the River Swat.

At a meeting of the provincial cabinet that CM Khan led, he said that the dam will help make electricity, bring back to life land that has been unusable because of a lack of water, and reduce damage from floods. Barrister Muhammad Ali Saif, Special Assistant to Chief Minister on Information, said that the CM has told the authorities to finish the ongoing survey of flood victims’ losses as soon as possible so that they can get back on their feet.

The chief minister has told the government to get people out of streams, river banks, and water channels so that there aren’t any more damages or losses. During the meeting, the cabinet also approved other projects, such as the Khyber Pakhtunkhwa Conservancy and Biosphere Reserve Rules 2022, the promotion of Tehsil Razar, District Swabi, to the status of Sub Division, the election of the convener of the Tehsil City Council under the Election Commission, and the payment of salaries and allowances to Local Government Representatives.