Mahmood Khan, who is the CM of KP, led a meeting to talk about the proposed housing schemes. The people there were told that the project will be built in the southern part of Bannu, near the road between Bannu and Lakki. According to the details, it will be the first sustainable housing project in the province to have all modern public services. The Provincial Working Development Party (PWDP) has also approved the PKR 62 million PC-II for the housing scheme. During the meeting, it was decided that the housing department would be in charge of carrying out the project so that work could begin as soon as possible. The chief minister said that the project is important because the number of people who want to live in the southern part of KP is growing. 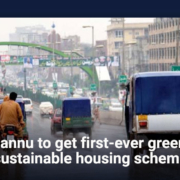 75% of development work done on the Lahore Bridge expansion project