Gwadar and Kech to be declared impoverished areas: Bizenjo. Baluchistan Chief Minister Abdul Qudoos Bizenjo announced that the province administration has decided to classify the Gwadar and Kech districts as disaster-affected areas and has directed the chief secretary to take appropriate action.

Speaking to media during his Wednesday visit to the Provincial Disaster Management Authority (PDMA) headquarters, he claimed massive losses had happened in the Gwadar and Kech districts as a result of the recent torrential rains that devastated the Makran Coast.

CM Bizenjo stated that the involved authorities, which include the army, navy, Frontier Corps, police, and Levies Force, had immediately begun rescue and relief activities in the rain-stricken districts, in coordination with the civil administration.

He stated that the government was putting forth all efforts to give relief and shelter to those rendered homeless in Gwadar and Kech districts as a result of rain and flood water infiltrating their homes.

The PDMA director general updated the chief minister on the relief and rescue operations in the disaster-stricken areas, stating that tents, blankets, food items, and drinking water were being supplied to rain-affected households in both districts.

Read more with EL news : The Prime Minister hosts a meeting on the Lahore road developments

Mr Bizenjo stated that the administration provided a warning prior to the onset of rains and snowfall in the province and dispatched relief supplies and machines well in advance of any calamity.

“The government’s action was successful since the affected individuals were rescued and provided relief instantly,” he added, adding that roads that had been closed due to heavy snowfall and rainfall had been reopened within 24 hours and that traffic on all highways had been restored as well. He stated that additional relief products would be sent to the PDMA for distribution to all locations, despite claims that the authority ran out of supplies during the Harnai earthquake.

CM Bizenjo stated that the government has taken notice of hotel and rest house operators overcharging tourists who visited Ziarat during the snowstorm. He stated that the local administration subsequently took swift action and initiated an investigation into such individuals.

“We have opened government rest facilities in Ziarat for tourists,” he explained.

CM expressed gratitude to the opposition parties for their assistance and collaboration in bringing down the previous government.

He stated that these parties had no participation in the formation of the province’s new coalition administration. Gwadar and Kech will be designated as destitute zones. 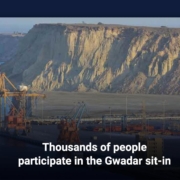 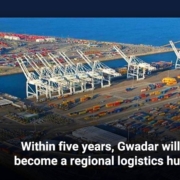 The Prime Minister hosts a meeting on the Lahore road developments