CPEC paves the way for Gwadar’s development. As a result of the development of Gwadar Port and the welfare work carried out by the Chinese government and people stated that the China-Pakistan Economic Corridor (CPEC) had opened the door to employment, education, and development opportunities for the people of Pakistan’s southwest Gwadar district.

Senator Kahuda Babar stated that Gwadar gained prominence as a result of the China-Pakistan Economic Corridor (CPEC), which harnessed the potential of the Gwadar Port and brought about a slew of good financial improvements in the lives of the district’s citizens.

We were experiencing educational, health, and electrical issues, but thanks to the China-Pakistan Economic Corridor, he said he had resolved all of those issues. The Chinese government, Senator Babar said, has provided significant support and opportunities for the people of Gwadar. “We are grateful to the Chinese govt for the Gwadar East-Bay Expressway, vocational training centres, international airport, and the most recent health facilities,” he said, praising the Chinese government. According to him, not only did the Chinese government and people carry out infrastructure development in the district, but they also gave monies to help improve the living conditions of the local people.

As a result of working and living with the Chinese, the people of Gwadar gained a better understanding of their culture and vice versa.

As a result, he explained, “Chinese live like friends, as brothers, and as members of a family,” and that this had resulted in more excellent cultural fusion between the people of the two countries. “We all wear the same clothes and eat the same food, and we all share our tragedies and joys,” he continued.

By way of illustration, Babar cited the example of Chinese companies investing in Gwadar’s livestock sector, claiming that these companies “provided jobs exclusively to the citizens of Gwadar.” Previously, it was only a few options for us before they built the port, but it is now numerous.

He said that the port’s construction absorbed 70% of the city’s population. He went on to say that a great deal of infrastructural development is taking place in the town and that the full impact of this development will be evident after it is completed. When asked about the future of Gwadar, he stated that the industrialisation process is about to begin in the CPEC’s special economic zone, which will result in a large number of job and business prospects for the local population. 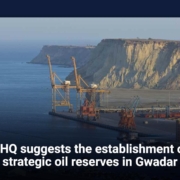 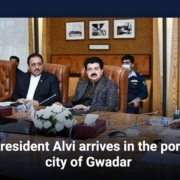 President Alvi arrives in the port city of Gwadar 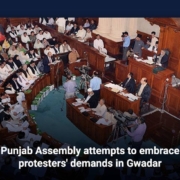 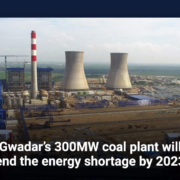 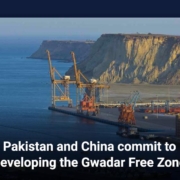 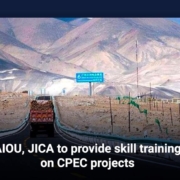 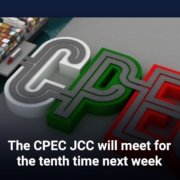 The CPEC JCC will meet for the tenth time next week 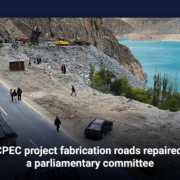