According to the latest data from the State Bank of Pakistan, Pakistan’s exports to various nations climbed by 9.14% in the fiscal year 2021 compared to the previous year, while imports increased by more than 36%. Pakistan’s exports to Afghanistan, China, Bangladesh, Sri Lanka, India, Iran, Nepal, Bhutan, and the Maldives were $3.925 billion in Financial Year 2021, accounting for only 14.21% of total global exports of $25.304 billion. China leads the way Pakistani exports to its neighbors, with India and Bangladesh coming in second and third, respectively. In addition, Pakistan conducted cross-border trade with Nepal, Sri Lanka, Bhutan, Bangladesh, and the Maldives, all far away. On the other hand, imports from countries climbed by 35.78% to $13.827 billion in Fiscal Year 2021, up from $10.183 billion the year before. As a result of substantial imports, Pakistan’s trade deficit with the region worsened throughout the period under review.

Pakistan exports to China grew in the years 2020-21. According to EL news, China exports 52.05% of the region’s exports, with the remaining eight countries accounting for the remainder. Pakistan’s exports to China climbed by 22.85% to $2.043 billion in FY20, up from $1.663 billion the previous year. Export revenues soared in the post-COVID period, particularly in rice exports. Imports from China climbed by 39% to $13.302 billion during the study period, up from $9.568 billion the year before. China accounts for 96.2% of all imports, with the remaining imports coming from eight other countries.

Afghanistan is a market for Pakistani goods.

In 2021, Pakistan exports to Afghanistan climbed by 10.47% to $983.295 million, up from $890.052 million in the previous year. Pakistan’s second-largest export destination, behind the United States, was Afghanistan until recently. However, due to more significant supplies of vital culinary products such as tomatoes, potatoes, onions, and dried fruit, Afghanistan’s imports jumped by 47% to $179.228 million from $121.832 million the previous year.

This year, exports to India decreased by 89% to $3.139 million, down from $28.644 million in FY20. India’s imports decreased by 50.8% to $183.785 million last year, down from $373.561 million the year before. The administration has halted trade with New Delhi. Since the introduction of the Covid-19 epidemic, the government has solely allowed the entry of pharmaceutical items from India.

Iran is a market for Pakistani Goods.

In FY21, Pakistan exports to Iran climbed by 181.8% to $0.155 million, up from $0.055 million the previous year. The majority of Balochistan’s trade with Tehran is through unauthorized channels in the border districts. There were no imports from Tehran during the period under review.

Pakistani Exports to the Maldives.

Contact Estate Land & Marketing for the most recent information and news. 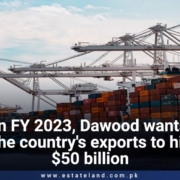 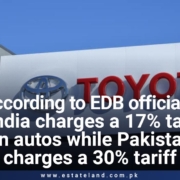 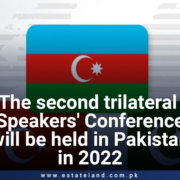 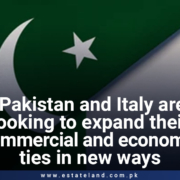 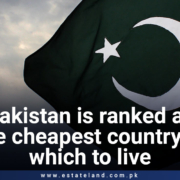 The image of the capital is at risk as a result of urbanization
Scroll to top
Kingdom Valley Islamabad
Old Bookings are Exclusively Available NOW !!
Call or WhatsApp: Zainab Chaudhary 0332 444 0268