The International Monetary Fund (IMF) has approved new money for its member countries. Pakistan is included to help them manage the issues posed by the Covid-19 epidemic. In addition, to allow the global economy to re-establish a stable development path. As a result of the enhanced allocations, Pakistan expects to receive $2.8 billion this month. The inflows will increase the country’s foreign exchange reserves to more than $20 billion, a new high.

Furthermore, the inflows would help the country pay for imports and repay foreign debt, but they will also help keep the rupee from falling versus the dollar and other major currencies. Topline Research Director Syed Atif Zafar commented on the IMF allocation. “The SBP’s foreign exchange reserves are at $17.82 billion, with inflows threatening to take them past $20 billion, the highest level in Pakistan’s history.”

Due to substantial inflows of worker remittances, the foreign currency reserves have expanded for the previous two years. Moreover, the Roshan Digital Account raised export revenues and non-resident Pakistani investment (RDA). In addition, deposits from friendly countries including Saudi Arabia, Qatar, and China and short-term borrowing from commercial banks bolstered the country’s reserves.

The central bank anticipated last week that imports would stay high this fiscal year. Thus, inferring that the demand for the US dollar will continue to rise, influencing the rupee-dollar exchange rate and foreign exchange reserves. According to the IMF, about $275 billion (SDR 193 billion) of the additional $650 billion will go to emerging markets and developing countries, particularly low-income countries. 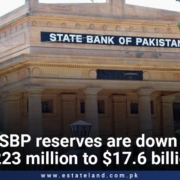 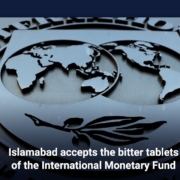 The government is considering renting out the PM House for events to generate...