According to news that came out on June 3, Federal Minister for Water Resources Khursheed Ahmed Shah said that 20% of the work on Mohmand Dam was done.

The federal minister went to the dam site to check on how the building was going. He said the project would not be done for another four years and hoped it would be done by the deadline. Shah, in charge of water resources, also said that work was going on at four other dams, which would give the country enough water sources to meet its own needs.

Also, he said that since the country is an agricultural country, it needs dams to help the economy. He also said that the Water and Power Development Authority (WAPDA) thinks that the project will be finished by the middle of 2026. The minister said the dam would help the country with its food, energy, and water problems.

According to reports, work on the Mohmand Dam began in 2019. The dam is being built on the Swat River, 5 km upstream of Munda Headworks in the Mohmand tribal district. 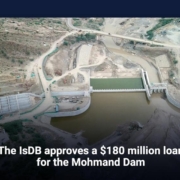 The IsDB approves a $180 million loan for the Mohmand Dam 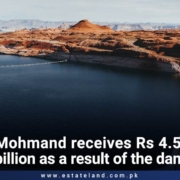 Mohmand receives Rs4.5 billion as a result of the dam
0 replies