Speakers emphasized the importance of developing a comprehensive strategy to dispel the myths created by misinformation campaigns against the CPEC.

They also discussed the current challenges confronting CPEC and offered suggestions for overcoming them while capitalizing on the opportunities.

MNA Sher Ali Arbab stated in his keynote address that the Parliamentary Committee on CPEC has established three pillars that serve as a blueprint for its operation:

He emphasized the importance of parliament in influencing public opinion in favor of CPEC through public interaction. He lauded the work on CPEC phase one for bridging the infrastructure gap and eradicating energy scarcity. He dubbed CPEC Phase-II a catalyst for industrial transformation and urged Afghanistan, Iran, and Turkey to be included. Appointment to combat misinformation about CPEC

Read more with EL news : The CDA has begun work on a project to construct a plastic road

Tehmina Janjua To ensure the success of CPEC, we must expand the project’s beneficiaries. She said that Afghanistan, Iran, and Central Asian republics are among the potential beneficiaries in the region. She also emphasized the importance of meaningful engagement with the US, including CPEC, to realize the regional connectivity dream.

Also Read : Credit to the housing and construction sector increased by Rs139 billion

Senator Mushahid Hussain noted that Pakistan’s relationship with China is unique, time-tested, non-commercial, non-tactical, and not directed against any particular country. He referred to people-to-people connectivity as the bedrock of this relationship, recently reflected in a US Pew survey indicating that 83% of Pakistanis view China as a friend. Appointment to combat misinformation about CPEC

According to him, CPEC Phase 1 has improved infrastructure, alleviated the energy crisis, and resurrected dormant projects such as Gwadar Port and Thar coal. 75,000 Pakistanis gained employment opportunities as a result of phase one projects. Additionally, he stated that the best of CPEC is yet to come in the form of SEZs. He described yesterday’s phone call with President Xi Jinping as timely, emphasizing how resilient, steadfast, and on track CPEC is. He also lauded President Xi Jinping’s Global Development Initiative as a positive development initiative centered on people. 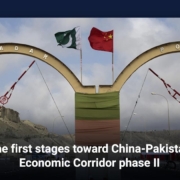 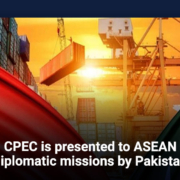 CPEC is presented to ASEAN diplomatic missions by Pakistan 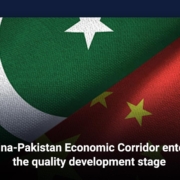