In the Miyawaki forest along Murree Road, forty different fruit, shade, floral trees have been planted. These trees have now grown to a height of six to eight feet, with dozens of them reaching a height of ten feet.

In this lovely forest, new modern grass has been planted, and little paths have been created inside the woodland to function as pedestrian paths. Following that, a central entry gate to the forest will be built, with the Pothohar region’s culture prominently displayed.

He further claimed that Nasir Mirza, the Rawalpindi Chamber of Commerce, had donated benches to the forest. Neither the government nor the RDA had spent a penny on the Miyawaki forest. This environmentally friendly initiative was funded entirely by traders, chambers of commerce and industry, and donations from Pakistani immigrants’ children living in the United States.

Miyawaki, according to the RDA chief, is the best jungle technique. They planted the forest in the first week of April. The plants have grown to a height of 8 to 10 feet in three and a half months.
The recent monsoon rains have accelerated their growth. The forest’s beautifying would be completed in the following two months. Birds will return to the trees once the forest has reached full bloom and will build colorful wooden nests in the trees. 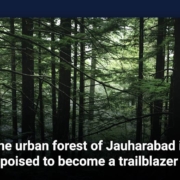 The urban forest of Jauharabad is poised to become a trailblazer 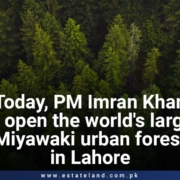 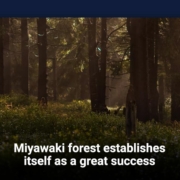 Miyawaki forest establishes itself as a great success
0 replies

They would finalize the Lahore master plan in conjunction with the LCCI: LDA...
Scroll to top
Kingdom Valley Islamabad
Old Bookings are Exclusively Available NOW !!
Call or WhatsApp: Zainab Chaudhary 0332 444 0268