‘Locals to be employed in Tarbela Dam construction’. General Manager and Project Director T-5 Muhammad Azam Joia has said that locals will not be overlooked when hiring workers for the 5th extension project of Tarbela Dam, which is being built in the country.

They can work on the T-5 project as long as they live there. The general manager said that was their right. Following the quota, we would put locals first when hiring. As part of the agreement, we will also make sure that the company sticks to it and hires locals in the quota set out in the agreement, he said.

Senator Peer Sabir Shah said that they have concerns about the foreign company hiring locals to work on the 5th extension of the Tarbela Dam, which is part of the Tarbela Dam project. People in Pakistan want to work on the T-5 project, which is of national importance, “peacefully,” he said, adding that locals should be hired into the project and the hiring office should be set up in Ghazi city. 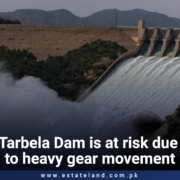 Tarbela Dam is at risk due to heavy gear movement 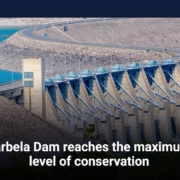