The Nullah Leh’s depth will be expanded by 11 feet, requiring only a minimal land acquisition for the project.

Previously, the government intended to purchase 1,200 Kanals of land for the Leh Expressway project; however, 605 Kanals would now be acquired, alleviating people’ concerns. Nullah Leh will be 16 kilometers long and 30 meters wide following the renovations. The project would cost Rs90 billion and will take 18 months to complete. The land acquisition survey is nearly complete.

The Nullah Leh will remain open during the monsoon season, with an estimated 0.1 million cubic meters of water flowing through it.

The Nullah Leh road will be 12 feet wide on both sides and will be surrounded by obstacles to prevent human and animal encroachment. Trunk sewers will be built beneath it to convey the city’s wastewater. The sewers will connect at the Soan River, from where wastewater will be routed to the Gorakhpur WASA treatment plant.

Previously, the government intended to acquire 1,200 Kanals of land for the Leh Expressway project; however, 605 Kanals would be acquired instead, assuaging public disquiet. Following improvements, Nullah Leh will be 16 kilometres long and 30 metres broad. The project, which will cost Rs90 billion and take 18 months to complete, will cost Rs90 billion. The survey for land purchase is nearly complete.

After treatment, the treated water will be returned to the Soan River for irrigation purposes. 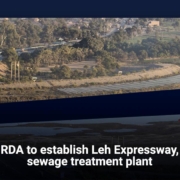 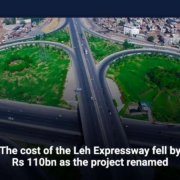 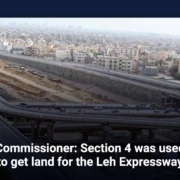 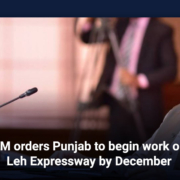