Mahmood pledges to develop a development strategy for all districts uniformly. During his daylong visit to Abbottabad, he inaugurated numerous projects worth billions of rupees. He stated during a public meeting that there would be no discrimination against any section of the province and that all districts would receive an equal share of development funds.

The chief minister stated that work on development projects worth Rs17 billion in Abbottabad district was underway, including the upgrade of the district headquarters hospital and renovation of the college of technology. The projects are estimated to cost Rs902 million and Rs714 million, respectively, he noted. The development strategies are in observation of CM.

In Abbottabad, the chief minister inaugurates projects worth billions of rupees. Other current projects include:

The chief minister added that Rs2 billion was also allocated for new development projects in Abbottabad during the current fiscal year, including a special development package worth Rs500 million for various union councils, the establishment of a degree college in Boi, a gravity water supply scheme in Havelian, and the development of an information technology park in Abbottabad.

He stated that the provincial government was rehabilitating 350 schools damaged by the earthquake using its funds. Abbottabad has been allotted Rs20 billion under the Khyber Pakhtunkhwa Cities Improvement Project (KPCIP).

Mr. Khan stated that the country was on the verge of default when they took control due to the previous regime’s terrible policies. He did, however, assert that the existing government, led by Prime Minister Imran Khan, has steered the country toward sustainable growth.

He stated that the provincial administration proposed a record Rs1 trillion budget, and Khyber Pakhtunkhwa became the first province to provide free healthcare to its whole people.

The CM said that government would develop a Kisan card for farmers. The CM indicated that Prime Minister Imran Khan would soon introduce the initiative.

On occasion, the chief minister announced the upgrade of a category-D hospital in Havelian and Rs1 billion for land purchase for NHA Road widening and Rs20 million for land acquisition for graveyards in Abbottabad city and cantonment.

While addressing the newly elected cabinet of the Abbottabad Press Club’s oath-taking ceremony, the chief minister stated that journalists played a critical role in directing the government.

He stated that journalists should support fact-based reporting. “The government would welcome constructive criticism from the media,” he said, urging journalists to emphasize the government’s significant public welfare projects. He stated that he would take the concerns of journalists in Abbottabad on a priority basis. He also presented the press club with an Rs8 million grant-in-aid cheque. He also presented a cheque for Rs2.00 million to the Abbottabad Union of Journalists as a grant-in-aid.

Read more with EL news : Plantation to become a requirement for all new uplift projects 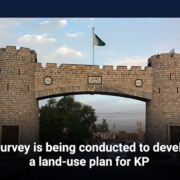 Murad: Red Line BRT consultant will be hired next week