The administration of Baluchistan has implemented an online tax collection system to boost revenue and cheer a tax system in the province.

During a meeting, Baluchistan Finance Minister Mir Zahoor Buledi said to sign a tripartite agreement to construct an online tax collection system to help taxpayers in the province and ensure system transparency. Implementing an online tax system will eventually lead to long-term reforms in the provincial government’s income generation.

The finance department has launched an online tax system, following Baluchistan Chief Minister Jam Kamal’s objective to reduce the state’s budget deficit and improve business opportunities. According to the province minister, the outdated tax system is being computerized, allowing people to pay taxes to the Baluchistan government from anywhere in the country.

He would collect sales tax on services through an alternate delivery channel that would offer consumers facilities in the first phase. Buledi described the implementation of the system as historic, claiming that tax payments could now be made via online banking, mobile banking, ATMs, simple paisa, and other modern methods while avoiding suspicion.

Read more with EL news: PM has called for the growth of beach and coastline tourism in Baluchistan 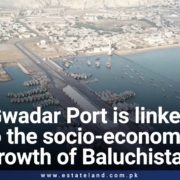 Gwadar Port is linked to the socio-economic growth of Baluchistan 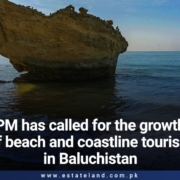 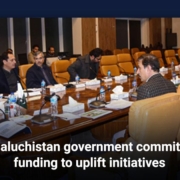 Despite Ghani’s charges, the outlook of Islamabad remains positive: Qureshi,...