A meeting of the PDWP was held in this city on Tuesday, and the projects were approved by the chair. The building of an education city in Barwand, South Waziristan, is also one of the projects that have been approved.

Twenty seven projects were given the go-ahead by the meeting. They were for industries (such as textiles), higher education (such as engineering), health, sports, and tourism, Auqaf (an Islamic charity), and social welfare (such as Auqaf).

Construction of flood walls along the Muqam nullah, the Kurram River, Kasho nullah, the Chashma river, the Speenatangi river, and the Tochi river have been approved by the government.

The meeting also agreed to provide funds for the Swat Expressway’s viability gap, utility relocation, and resettlement for the project.

Read more with EL news : Miyawaki forest establishes itself as a great success

The forum also agreed to set up a university of technology in Nowshera, Fata youth skills development, the construction of Zamung Kor in Swat, and a hockey field in Buner, Swabi, and Malakand. It also agreed to grant-in-aid for free education to students in tribal districts, to build the capacity and skills of students in seminaries, and to widen and improve Chakia Junglan Sundar-Kalatian.

Another thing that the meeting agreed on was the rehabilitation and widening of Sultankhel Darra roads as well as the construction of a bridge in the village of Sadiqabad in Dir Upper.

Building a road from Gula Jan Kot to Naseebkhel, in Swat, is one of the other projects that has been approved. In addition, the road from Arzikhel to Nazankhel in Tank is also being built.

Also, the construction of a road to the Chalghoza Forest in South Waziristan, the paving of roads, and the building of different link roads in Wana sub-division South Waziristan were approved. 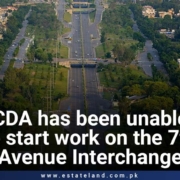 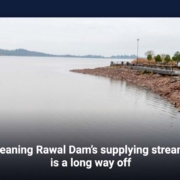 Italy and Pakistan have agreed to hold talks to finalize a labor import agr...